At the age of 8, Şakir Yavuz, the founder of the SayArtsCollection, dedicated himself to martial arts – a different kind of art – and as a 17-year-old received a dagger from one of his masters in martial arts from his great-grandfather as a token of his appreciation for the successes. Great and honorable was not only the history of this dagger but also the task of its master, which was given to him on the way:

“Devote yourself not only to the art of fighting but also to the other arts!”

He always followed his master’s recommendation. After Şakir Yavuz had developed his own style of martial arts, he began to increasingly focus on paintings by old masters such as Caravaggio, Da Vinci, Titian, Giulio Campi, Rafael, Michelangelo, Goya, David De Coninck, and others, as well as contemporary artists such as THEOS, Andy Warhol, Pablo Picasso, Jean Michel Basquiat – SAMO, Max Ernst, Georges Braque, Willem de Kooning, and others. On his sporting and business trips around the world, Şakir Yavuz began to collect paintings and various pieces of art by these and many other old masters, so he acquired his first painting in 1986.

As one of the largest collectors in the world, Şakir Yavuz is in possession of exclusive works of art from antiquity to romanticism, renaissance, baroque to contemporary art from mainly Italian, Dutch, Spanish, French, Turkish, Chinese, Russian, American, and German ancient and new masters. The collection has been part of perfect timing holding since 2016. Since 2017, this extraordinarily great and established art collection of the SayArtsCollection sees itself as an exclusive and large family with its own gallery for art lovers, all art-loving people, and those interested in art and who would like to own works of art by future masters.

The collection originated in 1880 when Mark Huseby’s grandfather started trading and collecting antiques. This tradition was also continued by his son and grandson Mark Huseby and expanded to include valuable one-off pieces that they gathered especially in the USA, Asia and above all from Europe. With great expertise, good consultants, a strong passion for collectors and a good instinct for hidden treasures, one of the largest private collections in the world was created. Since 1954, the pieces in the collection have been called “Marcus Aurelius Art Collection”.

The “Marcus Aurelius Art Collection” is an art collection with more than 3,000 individual pieces, which includes over 200 paintings, more than 50 sculptures, lots of antique furniture, valuable Asian ivory carvings, jewelery or rare individual pieces of antique books and antique weapons. The images range from the old masters from the Da Vinci and Caravagio era to modern works, such as Lewis Sinclair, Andy Warhol and many others. The collection has been part of perfect timing holding since 2007. 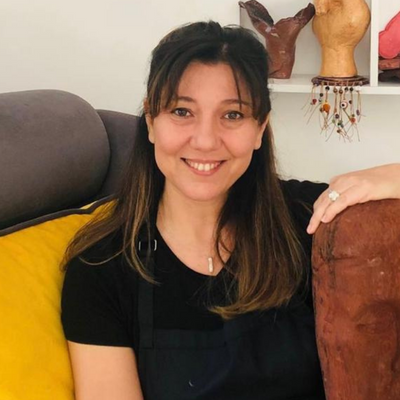